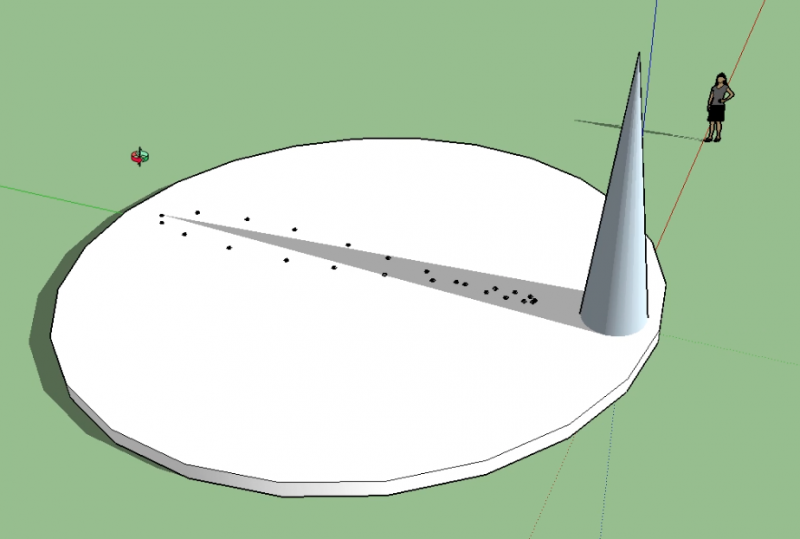 The shadow of the tip of the cone acts as a calendar and as a "noon mark". At noon each day the sun's shadow is indicated by a marker. In this picture the shadow is indicating noon near the winter solstice, when shadows are long. On the summer solstice the sun is higer in the sky at noon and the shadow will fall closer to the cone. Over the course of the year the shadow will trace this elongated figure eight called an analema.

Video of the shadow can be viewed at: